“A Modest Proposal”: An Old Solution to a Modern Problem

In Ireland, a man helps a starving family by reducing the number of dependent children at the same time satisfying his dietary requirements.

Jonathan Swift’s essay has long been regarded as a satirical disquisition that parodies Swift as a humanitarian attempting to alleviate Ireland of its burdensome, impoverished citizens. Brilliant yet shocking, ludicrous yet thought-provoking, Swift’s supposed goal in writing this essay was to make the readers aware of the socioeconomic disparity between the Irish and English people.

According to Swift, the reason for the high poverty rates among Ireland’s citizens was not because of racially-driven economic disadvantage and social inferiority of Ireland under English control; rather it was primarily due to the burden babies placed on their mothers. Instead of being able to work for wages, mothers were forced to care for their “helpless infants” while begging on the streets.

Therefore, to eliminate economic hardship and starvation among the citizens, Swift suggested that the Irish sell their babies to the English as a tasty food source. Had Swift’s proposition been taken seriously, several problems would have been solved as outlined in his proposal. First, after plumping up their infants, mothers would sell their babies for a marvelous ten shillings! Gone would have been the stress of these starving families in having to take on another burdensome brat. With money in hand, they would have been able to care for their elder children, who were already past the tender meat age. Second, husbands would have been less inclined to assuage their anxiety by beating their wives. Instead, they would have carefully tended to their wives to ensure a safe labor and profitable commerce.

Swift’s plan had no foreseen flaws or inconvenience to Irish society. To the contrary, had his plan been followed, starving families would have profited, thus alleviating their aching bellies, Ireland’s economy would have thrived from the citizen’s newly acquired spending money, and the Papist breeding population would have significantly decreased, thereby considerably decreasing the amount of future starving babies. Sadly, Swift’s brilliant scheme was mistaken as satirical rhetoric, and the poverty painstakingly continued.

Ireland and England may not have acted on Swift’s proposal, but now more than ever, our world needs to listen to the wise man’s words. The time for modesty has passed. With rapid climate change and polluted water tables threatening human existence, it is time for the world to act and follow the genius schemes of Swift so that we can eliminate the exacerbating source of these problems: the people of Tibet.

Figure 2 A Tibetan mother wastes away the day spending time with her children instead of working the ice fields.

Tibet, a nation commonly referred to as “The Third Pole”, is situated in the Himalayan mountains and home “to the largest store of fresh water outside the Arctic and Antarctic”. Furthermore, Tibet’s glaciers hold vast stores of floating ice. Alarmingly, the Tibetan people do nothing to share their wealth. According to one whining, audacious Tibetan , “Tibetans do not learn the value of the earth through science but through our religion and the way our ancestors protected our land […]Destruction of the land, the mining of sacred mountains and holy lakes, are more than […] destruction of the environment. It is a violation of our tradition, religious beliefs and the destruction of our forefathers’ legacy.”

Listening to this sort of windy big talk is exactly why the world is in dire need of ice cubes with little being done to change the situation. For centuries, Tibetans have disguised themselves as a peaceful, nature-loving society with values formed by Tibetan Buddhism. In reality, they are just lazy, selfish ice-hoarders who refuse to share the aquatic wealth.

Since 1950, China has taken on the sole burden of occupying Tibet and managing the country’s disobedient citizens. To eliminate Tibet’s culture of peace and love, i.e. laziness, the Chinese government has been forced to order the execution of 1,000,000 citizens who continued to illegally practice Buddhism or uttered the words “Dalai Lama”, the rape of women in order to dilute “lazy” genes that are hereditary to the Tibetan bloodline, the destruction or closure of almost 99% of the Tibetan temples (religion has no place in Communism),  and the expatriation of Chinese citizens into Tibet in order to further breed out the Tibetan race and mine the resources.

Instead of repeating these laborious processes for the next umpteen decades, China can reduce the Tibetan population at a much quicker rate by following Swift’s proposal. According to one credible source, “Tibetan babies are a most scrumptious delicacy, having been fattened on mother’s milk, rich with the buttery goodness of Tibetan butter tea”. There’s no doubt that when put to market, these babies will sell faster than glow sticks at a rave. And without those useless babies and sacred temples occupying the parents’ time, moms and dads can get busy chiseling some refreshing ice cubes for public consumption. 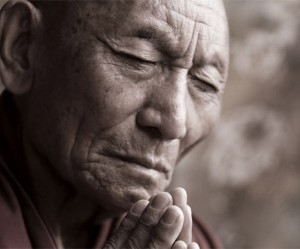 The reality is 97% of climate scientists agree that the climate is changing and our ice caps are melting. What scientists don’t know is when they will be gone. The time has come to motivate these Tibetans into raping their land and lakes by sharing their precious resources because the day is coming when fresh water won’t be here. Why not enjoy a few ice cubes in our sodas and vodka tonics while supplies last?

To learn more about occupied Tibet and their selfish culture of respecting land and practicing so-called “peace”, please visit freetibet.org; or if you feel inclined to be part of the problem by getting involved in helping the Tibetan peace mongers, visit savetibet.org.

This entry was posted on November 30, 2015 by creoleana in Irish, Jonathan Swift, satire.